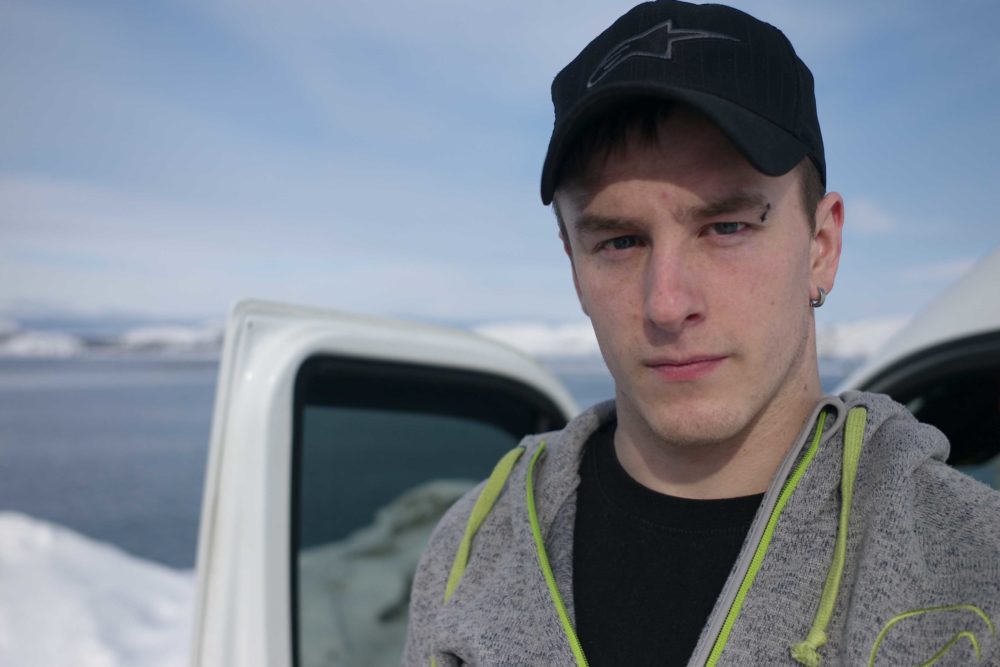 Anders lives in Kirkenes, and is a natural born entrepreneur. He has founded his own company, and he has worked as a process operator in the mine Sydvaranger Gruve AS. Before this he had several different jobs in technical professions, despite the fact that he never finished high school.

Anders is a school dropout, but still demands recognition for the kind of knowledge he possesses. School could never stimulate his interest in engines and technical stuff.

“If you’re not into school, ski and soccer, you are labeled as an outsider”, says Anders. He got bored at school, and a new school reform demanded more than he was willing to offer. Subjects he had lost out on had to be redone the following year, and there were many subjects that did not stimulate him.

Young men who drop out of school are defined as a problem, particularily in the northernmost province of Norway.  Still Anders refuses to take on any negative stereotypes. He has been working on engines and cars since he was a kid, and this passion has given him solid knowledge. He simply claims there are more ways to recognition than following the setup of the Norwegian school system.

“If you’re not into school, ski and soccer, you are labeled as an outsider”

With a passion for engines, he rather wanted to apply his knowledge on practical work. And earn money so he can buy just the car, motorbike and snowmobile that he wants. He sees the motorsport ambient as a good platform for friendship and sharing knowledge, but their lifestyle is provoking.

A part of this lifestyle does includes a will to provoke, and Anders and his friends have more than once been in the limelight of the police and the larger society of Kirkenes. Although he his perhaps not as provocative in his behavior as he used to be, he still claims the right not to live a mainstream life.

Watch a movie about him!