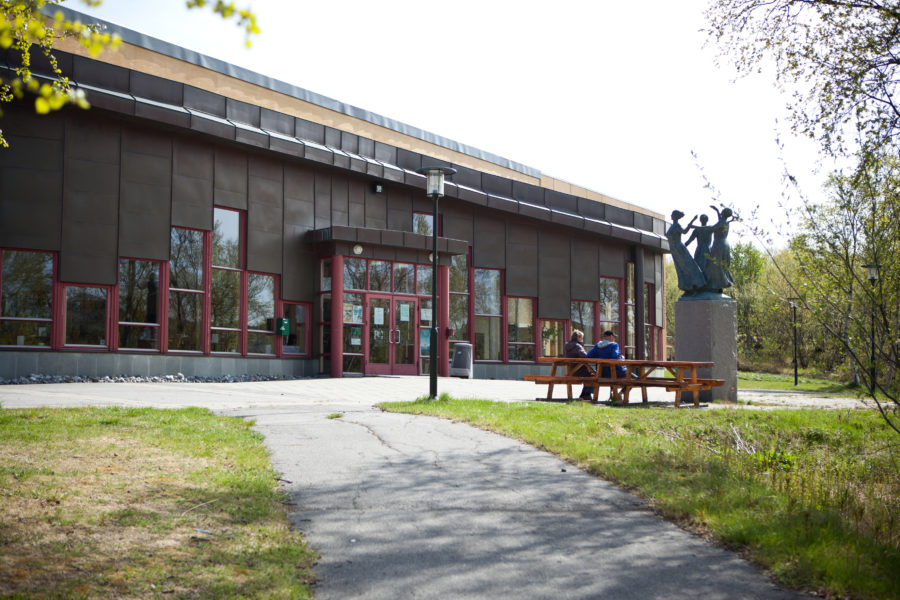 At the Borderland Museum one can explore theme exhibitions connected to local history. We present the history of the settlement and development of the region, from its origin as a common territory between Russia, Finland and Norway, to a Norwegian border municipality with a complex culture. We also document the industrial history of the firm A/S Sydvaranger, the mining company that, through the extraction of iron ore from open pit mines, led the local development from a traditional, self-sufficient community into a centre of industry. The Museum’s war exhibition contains, among other things the Russian fighter plane Ilyushin; and presents the war history of Kirkenes and the border regions. During the Second World War, Fortress Kirkenes was the main base for the German forces, and the city became a target for allied bombers.

In the Espolin Conference Room at Borderland Museum, a selection of drawings and prints with motifs from Finnmark are exhibited, the work of Kaare Espolin Johnson (1907-1994). The museum has a large photo collection, and selected motifs can be viewed throughout the different exhibitions. Among these are photographs taken by the committed social commentator and doctor’s wife, Ellisif Wessel (1866-1949). Online, the museum has an exhibition presenting the history and life along the border river in Pasvik called Borderless water – one river, three states: www.pasvikelva.no

The Borderland Museum is located together with the Savio Museum, dedicated to the art of the Sami artist John Savio (1902-1938). The Borderland museum has a museum store, and a cafè with great view to a lake nearby.

We serve coffee, tea, vaffel, soft drinks, and we provide Guided tours (please contact us for request in advance).